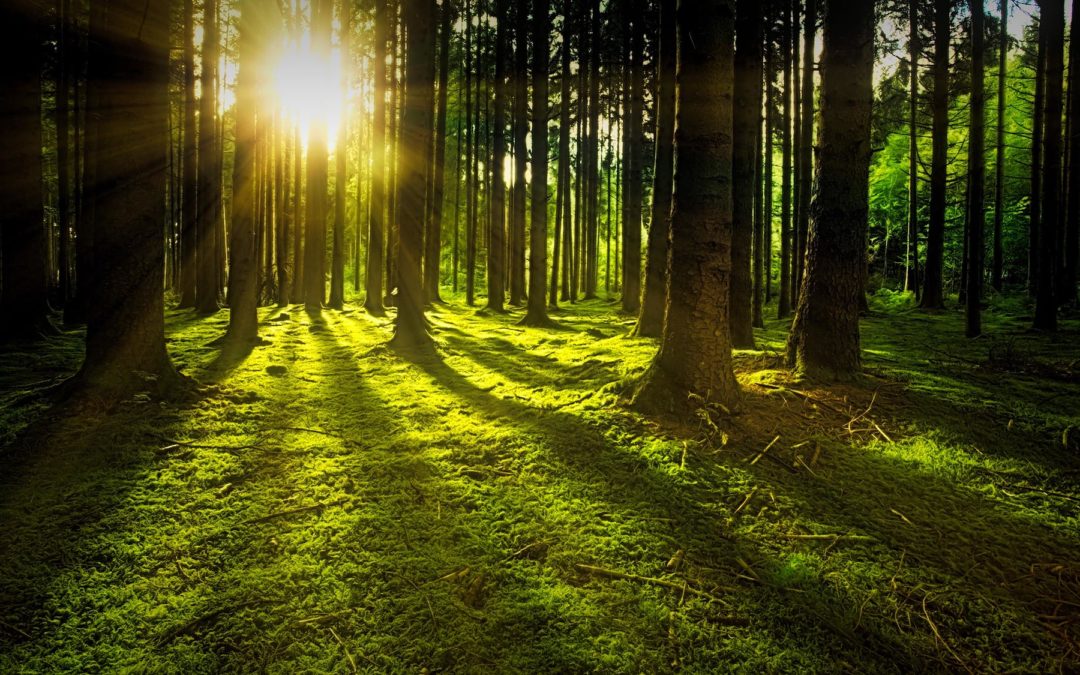 The power density for nuclear is about 1000W/m2 compared with 2-3 W/m2 for wind and 100 W/m2 for solar (data taken from here). If the differences in capacity factors are taken into account these values suggest that to generate the same amount of energy, wind farms will require 500 as much land, and solar farms (assuming 20% efficiency) about 50 as much. We will compare the amounts of land used (0.67 sq. mile) for the 3.2 GW nuclear power station (Hinkley Point C) with examples of wind and solar farms to see how these figures work out in practice.

The Hinkley Point C complex is a Generation III nuclear power plant consisting of 2 EPR (European pressure reactors) with a total name plate capacity of 3.2 GW. It has an estimated capacity factor of 80% and will use 17% less uranium as fuel and produce one-third of the long-lived radioactive waste compared with existing reactors. It is expected to offset 9 million tonnes of CO2 per year during its 60-year life (likely to be extended to 80+ years). It will occupy 430 acres (approximately two-thirds of a square mile) and generate electricity for 6 million homes. Assuming a capacity factor of 80% Hinkley C will generate 22,426 GWh/year.

A single wind turbine can generate from 10s of kW to several MW of electricity. Turbines with capacity under 100 kW are sufficient for many small applications such as farms, homes, schools, or small industrial facilities. Larger capacity turbines are considered “utility scale” and are typically grouped together into wind farms so that significant amounts of electricity can be generated for delivery to the grid. Such wind farms must provide sufficient space between turbines for efficiency. Otherwise, the disruption to wind flow around one turbine will impact adjacent turbines and reduce overall power generation. For example, MacKay (https://www.withouthotair.com/) quotes a figure of at least 5 rotor diameters from each other. Thus, increasing the size of wind turbines will not lead to a decrease in area of land required.

An example of the area required by an onshore wind farm is provided by the Whitelee wind farm near Glasgow which has a combined peak (name plate) capacity of 322 MW and occupies 55 km2 (21.2 sq. miles). Based on that figure a wind farm of 3.2 GW name plate capacity (the name plate capacity of Hinkley Point C) would occupy 550 km2 (212 sq. miles). If this value is corrected for differences in capacity factor and that Hinkley C occupies 0.67 sq. mile then Whitelee wind farm would need to occupy 840 sq. miles to generate the same amount of electricity as Hinkley C.

However, only about 1-2% of the land area is taken up by the turbines. Thus, it would be possible to use the majority of the land for other uses, even solar panels. A key factor is that the other activity must not interfere with the flow of wind over the turbines. Clean airflow is much more of a factor with finding suitable sites for onshore wind farms than for offshore wind farms. 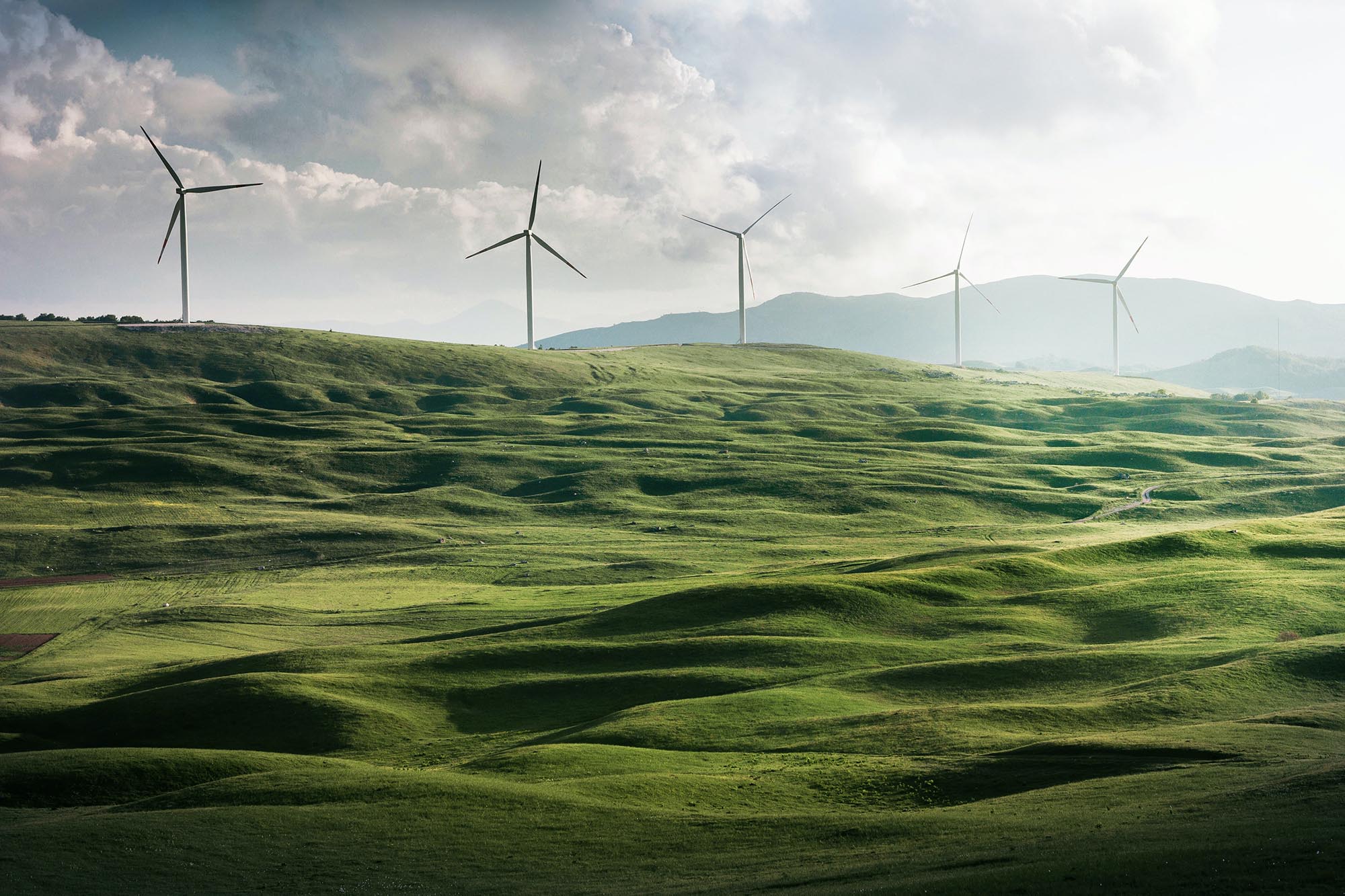 A couple of examples of offshore wind farms provide a measure of the amount of sea area required. The Kentish Flats with an output of 90 MW (name plate capacity) occupies an area of 10 km2 (3.9 sq. miles) and the North Hoyle wind farm off Prestatyn, North Wales has 60 MW (name plate capacity) and occupies 8.4 km2 (3.2 sq. miles). If these areas are corrected for differences in capacity factor and area of land occupied by Hinkley C, then the areas of sea required by The Kentish Flats and Prestatyn to generate the same amount of electricity as Hinkley C are 440 and 540 sq. miles respectively.

A comparison between the land required by Hinkley Point C nuclear power station, the Cleve Hall solar farm and the onshore and offshore wind farms, mentioned above, will help to illustrate these differences in land usage.

A 3.2 GW name plate capacity solar farm with a capacity factor of 15% would generate 3.2 x 24 x 365 x 15% = 4,205 GW Hr/year. Thus, to generate the same amount of electricity as Hinkley C would require between 5 and 6 solar farms each of name plate capacity of 3.2 GW. These solar farms would occupy 3.2 x 5000 x 5.5 = 88,000 acres (approximately 138 sq. miles). This calculation for solar is based on the statement from quora.com that a 1MW name plate solar farm requires 5 acres of unshaded land. (Thus 1GW name plate would occupy 5,000 acres (7.81 sq. miles).) The recent Cleve Hall solar farm planned by Wirsol Energy and Hive Energy, located outside of Faversham close to the village of Graveney in Kent, will cost £450m. The 350 MW farm would feature almost 900,000 solar panels across 900 acres of farmland. Using these figures a 3.2 GW name plate solar farm would occupy 8,229 acres. If this figure is corrected for the differences in capacity factor (80/20) (let’s generously assume a 20% capacity factor for solar at this latitude) the area required would be approximately 33,000 acres (52 sq. miles) to generate the same annual output of electricity as Hinkley C.

An alternate estimate can be made from the developers’ claim that the Cleve Hall solar farm would generate enough renewable electricity to power 91,000 homes and reduce UK carbon emissions by 68,000 tonnes annually. Comparison between the figures for Hinkley Point C and the Cleve Hall Solar Farm suggests that in order to provide sufficient power for 6 million homes (as claimed by Hinkley C, EDF) an area of about 28,350 acres (44.3 sq. miles) would be required covered with solar panels.

In addition, the developers claim that the Cleve Hall solar farm would reduce UK carbon emissions by 68,000 tonnes annually and generate £1m annually for the Kent and Swale councils. Thus, since Hinkley C claims to reduce annual CO2 by 9M tonnes, approximately 132 solar farms the size of Cleve Hall would be required to achieve the same annual reduction in CO2. Furthermore, probably the solar farm would need to be replaced 3 times during the life time of Hinkley C.

The figure of 132 solar farms seems too large. We suspect the difference could be that Cleve Hall farm quotes tonnes of carbon emissions whereas Hinkley C quote tonnes CO2. To correct, it is necessary to multiply carbon emissions by 3.67 to account for the differences in atomic weight of carbon and molecular weight of carbon dioxide. If this assumption is correct then Cleve Hall solar farm would save 68,000 x 3.67 tonnes CO2 annually which is 249,560 tonnes CO2. This would be equivalent to 132 / 3.67 = 36 solar farms (9M/249,560) equating to 32,370 acres (51 sq. miles).

We have used three different estimates and arrived at three different figures 33,000, 28,350 and 32,370 acres but all are within the same ball park. Based on the above calculations about 30,000 acres (65 sq. miles) of land would be required for a solar farm to generate as much electricity annually as will be generated by Hinkley Point C. This figure is close to the value of 50 times more land required by a solar farm compared to a nuclear power station stated by MacKay to be required by a solar farm to generate the same amount of electricity as a nuclear power station.

Discussions are also in place to include one of the world’s biggest energy storage installations into the Cleve Hall project. While the details of the storage system haven’t been specified, media outlets are reporting that it could be three times bigger than the lithium-ion system utilised by Tesla in Australia.

A recent development, by Oxford PV, is to coat a traditional solar power cell with perovskite. This improves conversion of solar energy into electrical energy as perovskite crystals are able to absorb a wider range of the solar spectrum than traditional silicon. Typically, a silicon solar cell is able to convert up to about 22% of the available solar energy into electricity. But in June 2018, Oxford PV’s perovskite-on-silicon solar cell surpassed the best performing silicon-only solar cell by reaching a new world record of 27.3%. This should lead to an improvement of the capacity factors for solar. However, as capacity factor is a practical estimate of the actual energy produced over a period of time compared with the name plate capacity, it will remain to be seen what the effect of perovskite-on-silicon solar panels will have on solar capacity factors.